CUAA football kicks off 2018 season in Hall of Fame style 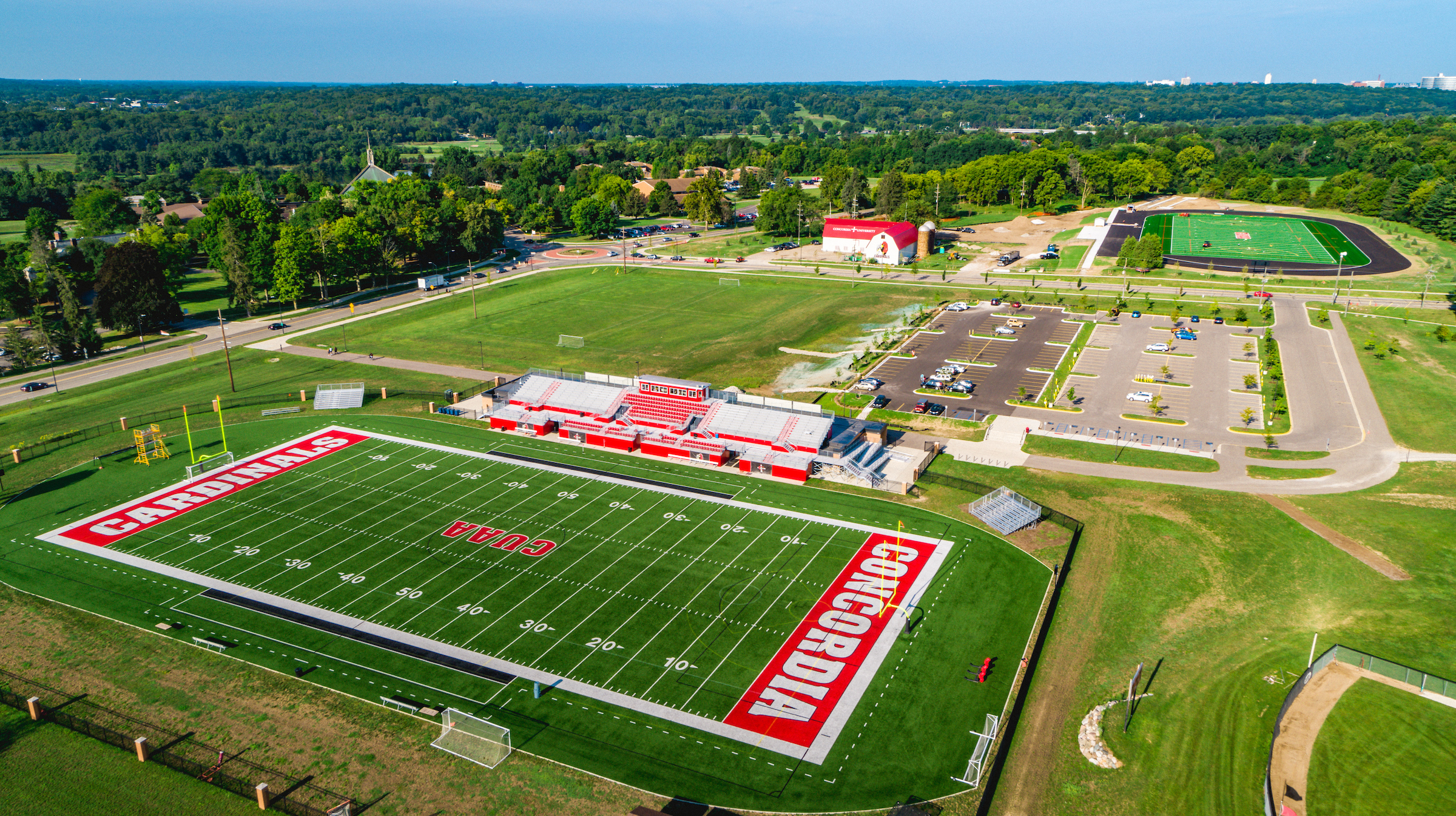 After making university history in 2017, the Concordia Cardinals football program is ready to make their 2018 debut on one of their biggest stages yet to date: Tom Benson Hall of Fame Stadium in Canton, Ohio.

Playing at the same venue as the annual NFL preseason Hall of Fame game, the red and black will kick-off against Malone University on Saturday, September 1, 2018 at 1:00 p.m.

“We are excited to see this year’s team come together as we take on this season’s first test against Malone,” said Head Football Coach Joshua Schumacher. “Malone is a very talented team, and we’re eager to see our guys compete.”

In 2017, Cardinals football earned their way to the NAIA National Championship Series for the first time in school history, their only losses in their 9-2 season to 2017 the national champions, University of St. Francis (IN) and the national runner-up team, Reinhardt University.

It won’t be all business as the Cardinals have plans to also visit the National Football League Hall of Fame as a team during their time in Canton this weekend.

“As a team, we’re extremely excited for Saturday’s game and honored to have a chance to tour the Football Hall of Fame,” said senior captain Andrew O’Hara. “Last year was great, but that’s behind us now. It’s a new season with a new team, and we’re taking it one game at a time.

O’Hara said the team’s goal for the 2018 season is to focus on being the toughest, most competitive, hardest working team in the nation.

CUAA football isn’t the only Cardinals athletic program launching their 2018 seasons this weekend. Men’s golf will compete in their first invite on Friday, August 31 in Lima, Ohio while men’s and women’s cross country run their first meet in the 18th Annual Golden Grizzlies Open at Oakland University.