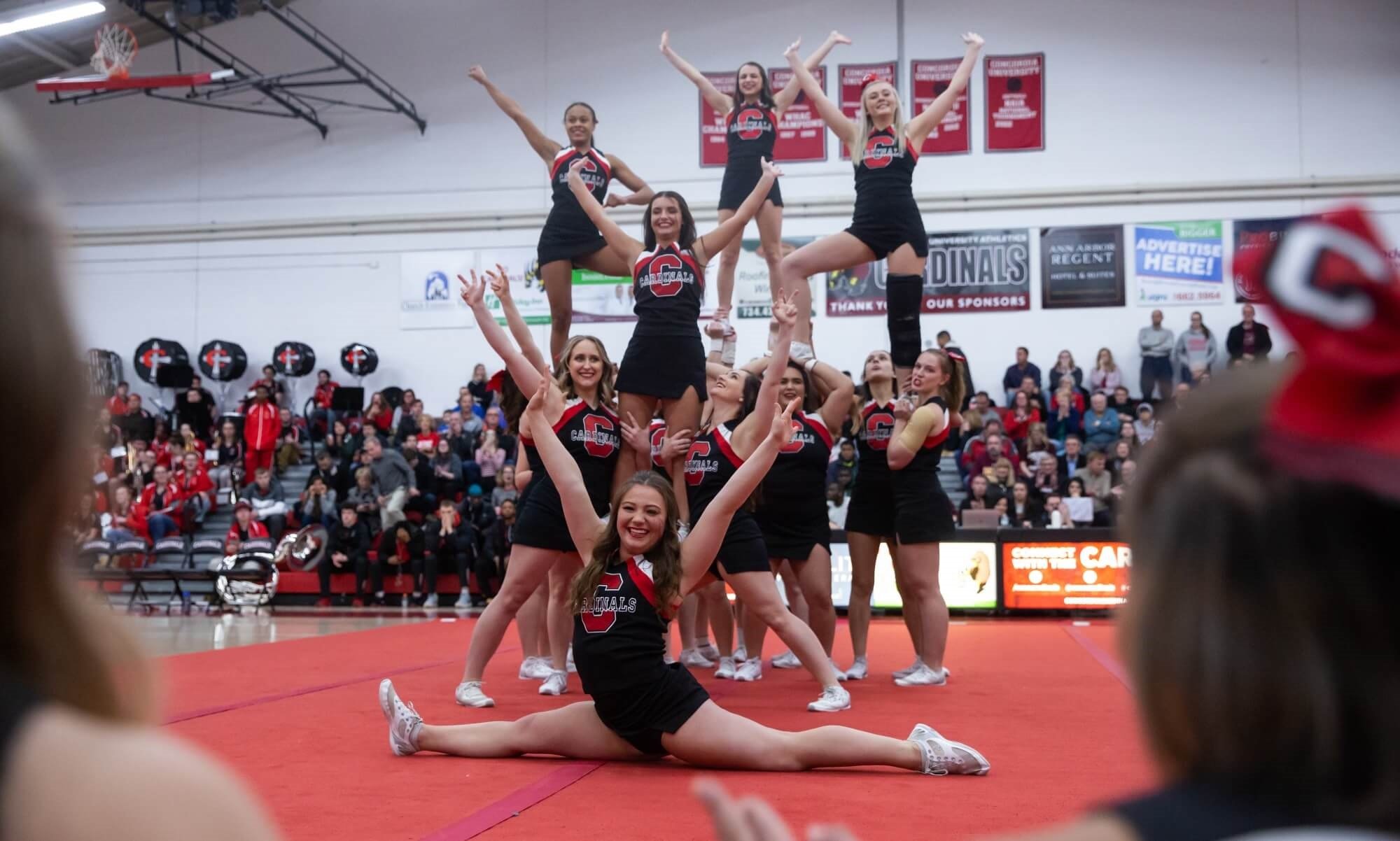 Let's go, Cards! After a first place finish at the NAIA Northeast Qualifier on Saturday, February 23, the Cardinals cheer team is heading to the national championships!

The Cardinals placed first out of 11 teams in the NAIA Northeast Qualifier. Their victory comes on the heels of celebrating their first conference championship in the Wolverine-Hoosier Athletic Conference (WHAC) just the weekend before on Friday, February 15. In the midst of their success and excitement, the team remained focused to keep working toward their next goal.

“Our team motto this year is ‘One Step Closer.’ Every day we strive to be one step closer to God, our goals and the best version of ourselves,” said Head Cheer Coach Kate Edge, whom was also named the 2019 WHAC Coach of the Year, which she also won in 2016, as well as the WHAC Champion of Character Coach in 2017.

Edge shared that every part of the season so far has been about the journey, and using their God-given talent to perform at their very best week after week.

“We have had a lot of highs and lows this season, but this team continues to come back again and again to fight for the goals they want to achieve, and be the athletes we know they can be,” said Edge.

This will be the cheer team’s fourth consecutive appearance at the NAIA Competitive Cheer and Dance National Championships. The 2018-19 season is the third year the NAIA has recognized the sport at the championships level after being an invitational during the 2015-16 season when the Cardinals placed 3rd overall—their highest placement at the national level followed by 2018’s 4th place finish.

“We wan them to continue to fight the fight and keep the faith as we get ready to end our season and take that mat one last time at the national championships,” said Edge.

CUAA School of Nursing: Fall 2018 Senior Award Winners
previous story
5 things you might not know about the ARC
next story