Thank you for going the distance

Editor's note: This story first appeared in the spring 2021 issue of Hearts Together, a Concordia University Wisconsin and Ann Arbor Special Magazine Edition.

It’s a marathon not a sprint. The analogy is often used by Ferry to describe his approach to the presidency. With nearly 24 years as lead of the university, CUW’s eighth president and CUAA’s sixth has more than proven he’s had the staying power required for the long haul. Ferry far outpaces the average tenure of college presidents nationwide. No small feat considering many would suggest that the past decade has been one of the most challenging periods in the history of higher education.

His personal health routine provides plenty of inspiration for his metaphorical run. On December 20, 2012, Ferry began Day 1 of a daily running streak. Outside of an eight-day hiatus in 2019 due to illness, he has continued his stride. His average is 4.5 miles per day, but he has also taken on several marathons, including the Boston and New York marathons.

As with long-distance runs, mile markers have been vital to prolonging Ferry’s stamina for the demands of the Office of the President. Each year has brought new opportunities for strategic growth, and Ferry, with Godly wisdom sought, shrewdly put the pieces and people in place to seize them.

All the while, Ferry has kept students, Concordia’s mission, and a dedication to the doctrine of The Lutheran Church– Missouri Synod at the forefront. His default is to go the extra mile, especially in generosity toward others, described Executive Vice President and Chief Operating Officer Al Prochnow who has been a part of Ferry’s administrative team since nearly the start.

“While President Ferry led Concordia during a period of unprecedented growth, it is his consistency of character and his ability to find the good in people that have impacted our campus community the most,” Prochnow said. “He set an example for all of us to follow.”

Thank you for always cheering on the team 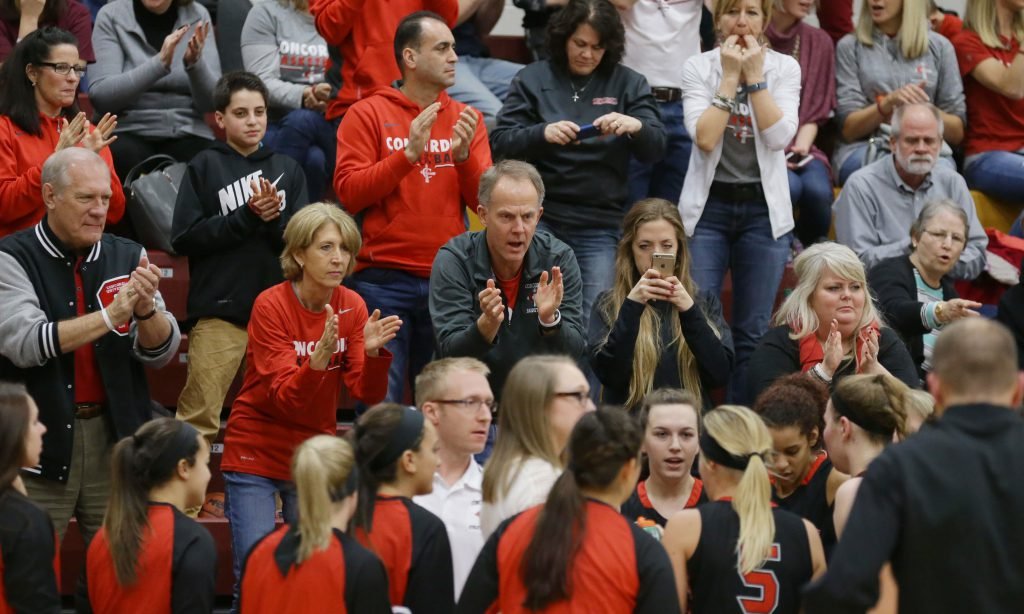 As a former college athlete, avid runner, and all-around sports enthusiast, it is no surprise that Ferry has remained a strong advocate of Concordia athletics from the start. Sports programs have blossomed within his tenure: 11 added on the CUW campus since 1997 and eight on the CUAA campus within the past eight years. Without a doubt, Ferry’s favorite fan scene has been the annual Concordia Invitational Tournament. In the past 23 years, not a CIT tournament has gone by without Ferry and Tammy faithfully in the stands.

The spring/summer 2021 Hearts Together magazine hit mailboxes in early April. View a PDF version of the magazine here. If you are not on our mailing list, but are interested in receiving a free copy, email Jennifer.Hackmann@cuaa.edu.