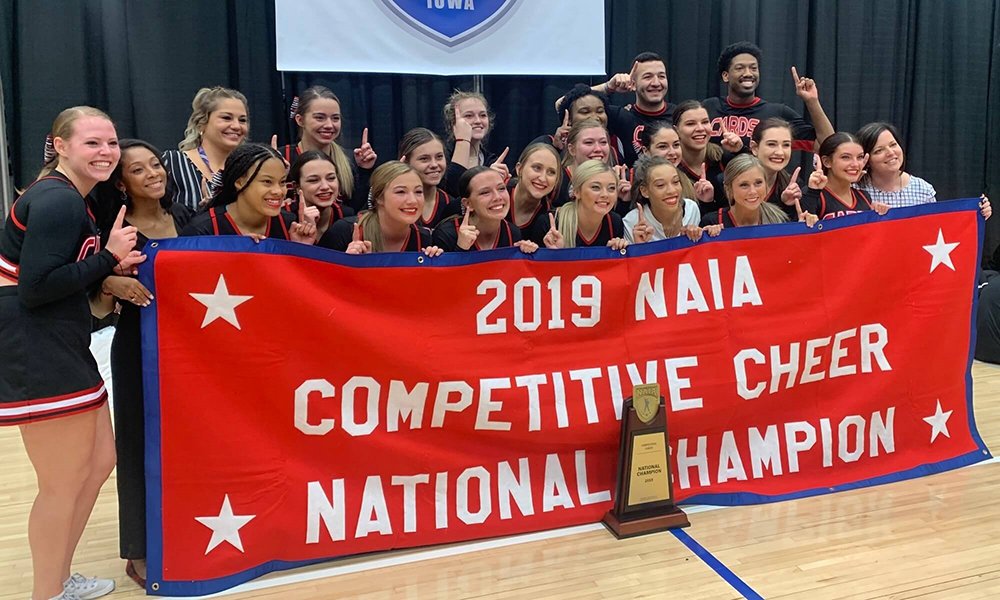 Cardinal fans had a lot to celebrate throughout the 2018–19 academic year. The hard work and dedication of

over 500 student-athletes and coaches led to all-time-high achievements in athletic department history.

“When it dawned on me that we won I thought, ‘Oh my goodness. It happened. This is happening,’” said Head Cheer Coach Kate Edge, who also oversees CUAA’s competitive dance and stunt teams, and was later named the NAIA coach of the year. “When they announced the third place team, then I knew we would either be second or first. I walked over to our team and reminded them, ‘Remember what we said, we are proud of our performance no matter what.’”

The cheer squad’s 2018–19 season motto “One Step Closer” drove them to focus on the task at hand each day of the season, taking it one step, one stunt, and one routine at a time until they reached their ultimate goal of performing a zero deduction routine at nationals.

And they achieved it.

While Concordia Cardinals athletic programs accomplished many accolades within the athletic arena, there were also big wins off the field throughout the year. Champions of Character awards, academic honors, and active Athletes in Action community groups continue to support the fulfillment of Concordia’s mission to develop students in mind, body, and spirit for service to Christ in the Church and the world.