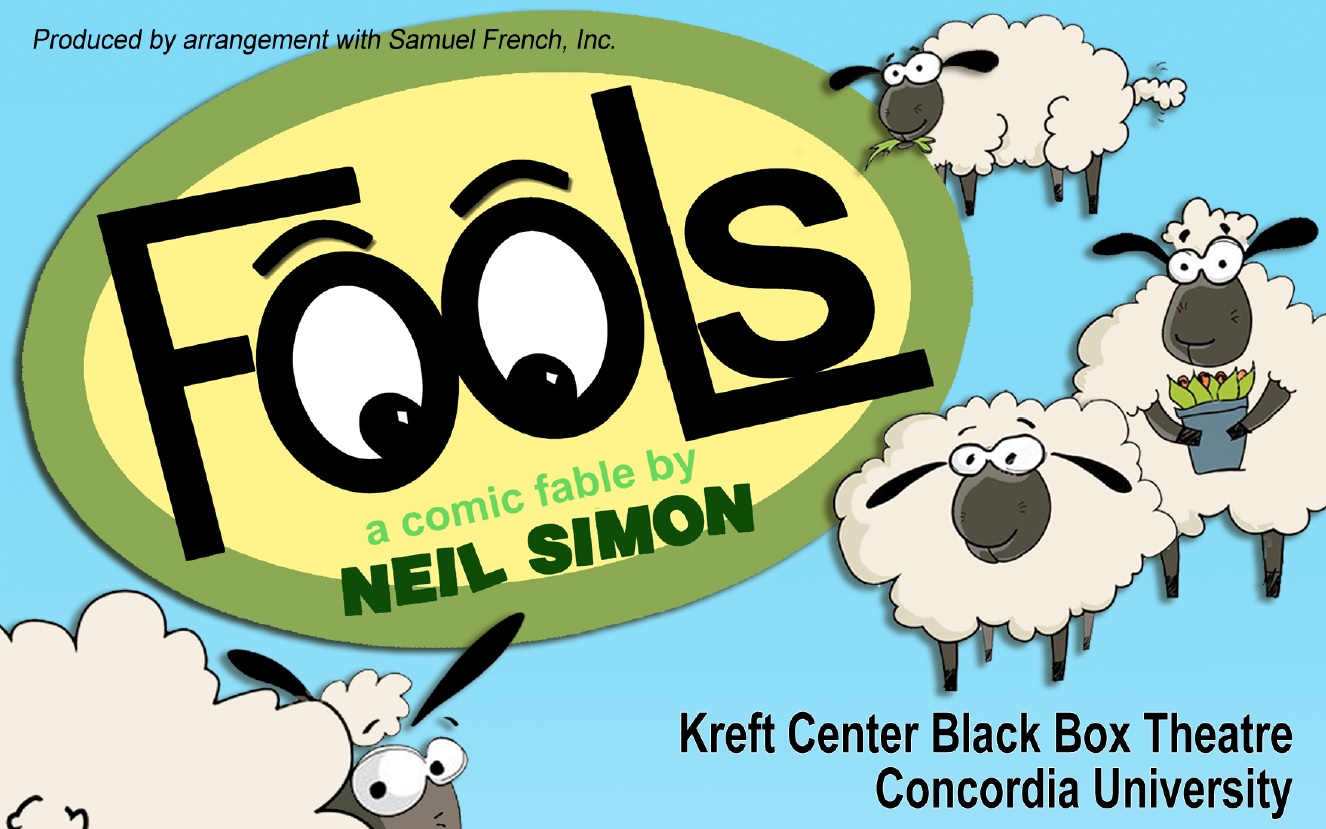 Concordia University Ann Arbor's drama department will present the popular comedy, "Fools," by the late Neil Simon, October 11-14. The curtain rises at 8 p.m. Thursday through Saturday in the Kreft Center's Black Box Theater on campus, 4090 Geddes Road, with a 2 p.m. matinee on Sunday.

Nine students are in the cast, noted director Gerard Dzuiblinski, who along with a guest artist drive both the comedy and the simple sincerity in a touching look at how lives, run amok, can get back on track. The fable is set in the small village of Kulyenchikov, Ukraine, where a young schoolteacher arrives to find it has been under a curse of stupidity for the past 200 years. He discovers he only has 24 hours to break the curse, or he, too, will become stupid. Dzuiblinski was quick to point out that Fools is tellingly not called a farce, “because the lessons loom large, especially about love.”

“Fools is called a comic fable by its noted author Neil Simon,” says Dzuiblinski. “It is indeed full of comedy, as all the characters are under a curse that renders them ridiculously silly,” he added.

Click here to buy your tickets for Fools online.

Fools premiered on Broadway in April, 1981, but closed after only 40 performances. Three years later it was adapted as a stage musical.  Simon passed away late last month at the age of 91.  Over the years Simon authored more than 30 plays and has received more Oscar and Tony nominations than any other writer.  In 1965, he received a Tony Award for The Odd Couple.

Guest artist James Piche, who also serves as the theatre’s department’s technical director, will play Dr. Zubritsky. He studied performance and technical theater at Henry Ford College and Oakland University, and his lighting and carpentry work has been seen at a number of theaters, including The Ford Community & Performing Arts Center, and The Jewish Ensemble Theater.

"Fools is called a comic fable by its noted author Neil Simon," says Dzuiblinski. "It is indeed full of comedy, as all the characters are under a curse of stupidity that renders them ridiculously silly," he added.

Click here to buy your tickets online. Tickets for “Fools” are $10 for adults, and $7 for students and seniors.  For more information, call 734-995-7537 or visit www.cuaa.edu/kreftarts.