Concordia University Ann Arbor honored Veterans with a series of events for Salute to Service week.

Check out a recap of some of the events below.

Funds for Operation Barnabas were collected through the Star Walk of Honor. For $22, members of the community sponsored a star to honor a veteran  they know including their military brand, dates of service, or killed in action date. The $22 figure represents “22 A Day,” an estimate of the number of veterans lost to suicide. 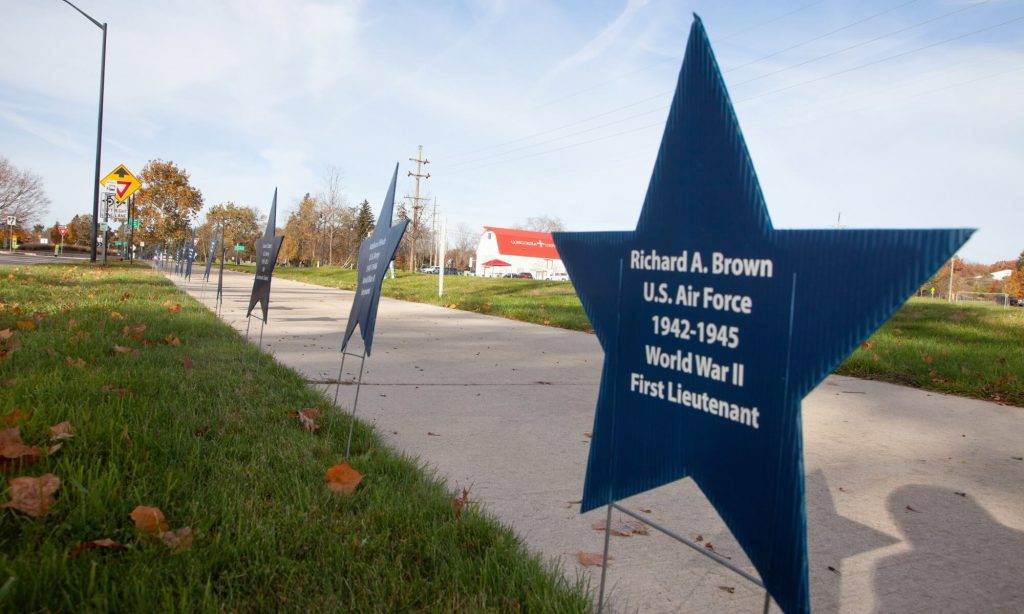 Dozens of first responders from around southeast Michigan escorted The Moving Wall upon its journey to campus from The Regent Hotel to Concordia University Ann Arbor. The escort was also accompanied by a Black Hawk, flying overhead. Click here to watch a video of the motorcade arriving to campus. 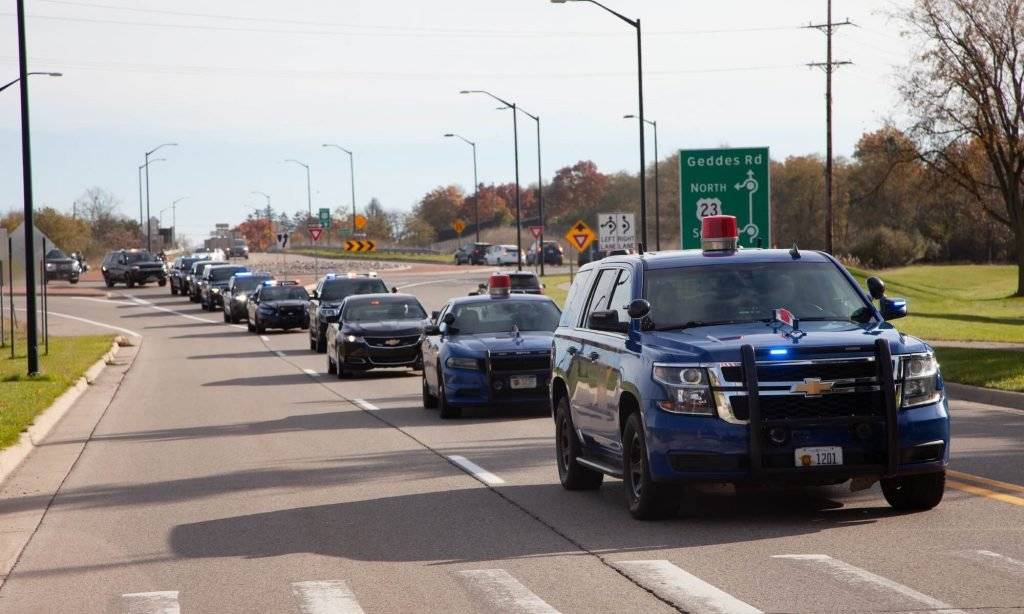 Concordia students helped to set-up and clean The Moving Wall at the front of the Earhart Manor on Concordia’s campus. The CUAA maintenance team first built a base to support the wall, allowing for a seamless installment. Students from both the SHB 410 and SHB 240 played a special role in the planning of the Jet 4 A Vet 5k and the Veterans Banquet, both held on Saturday, November 13. 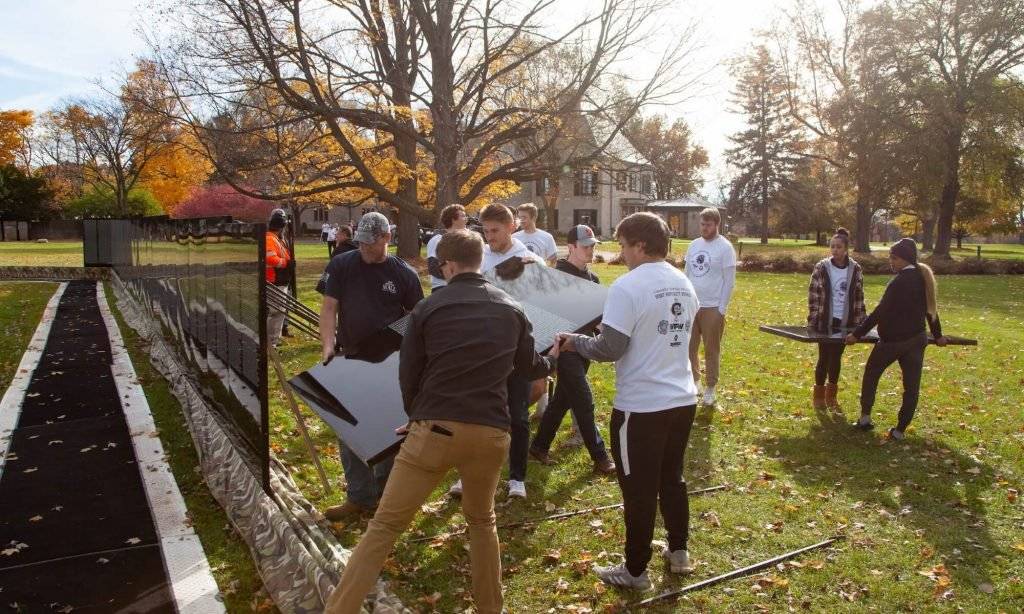 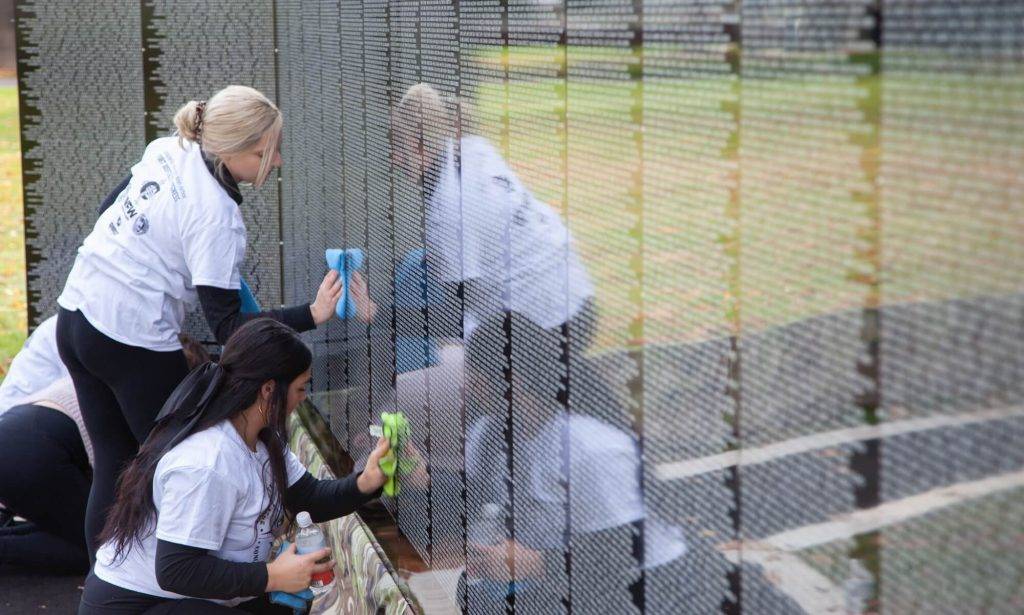 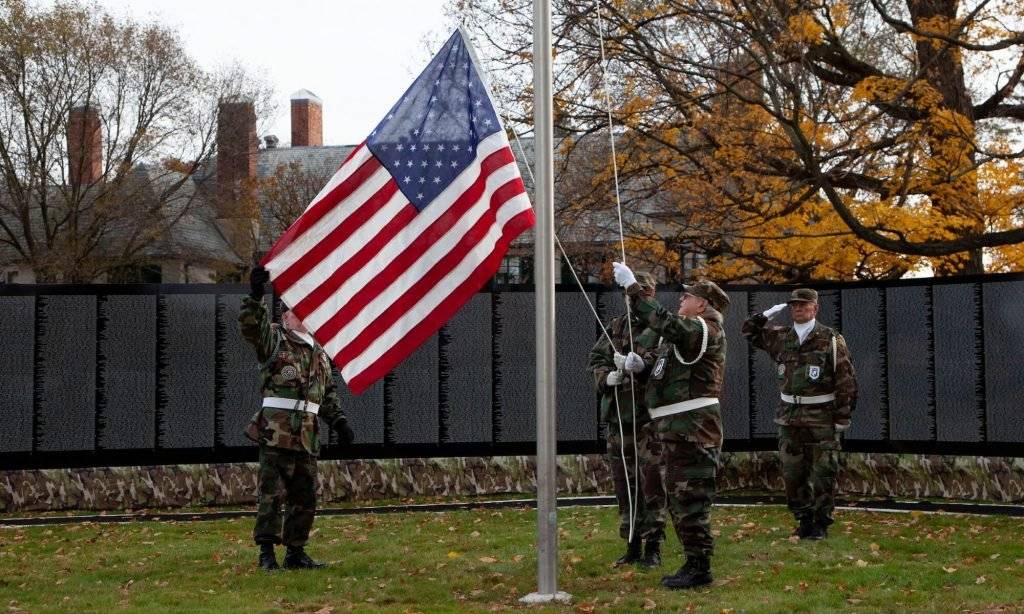 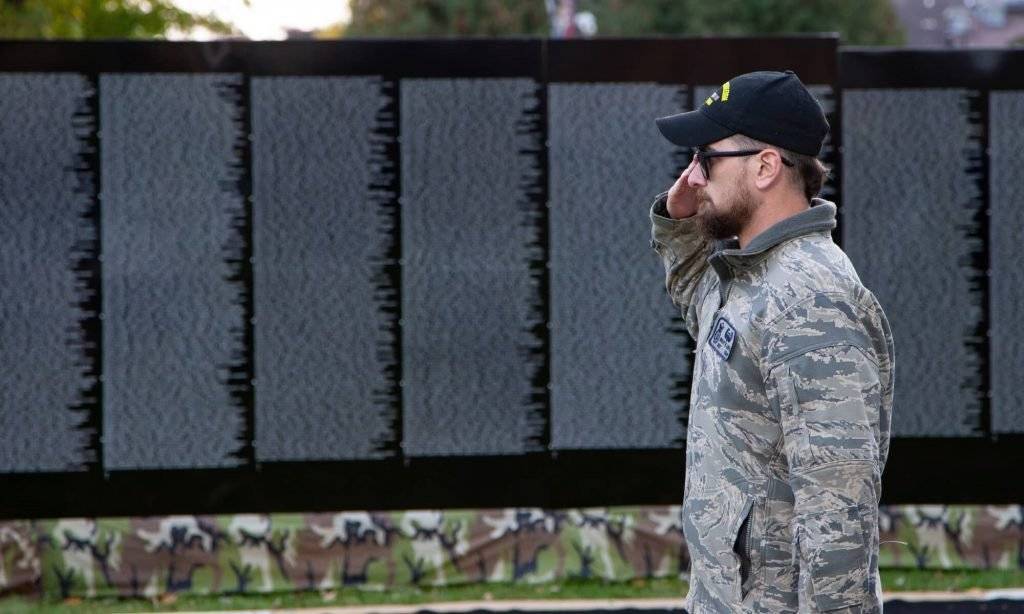 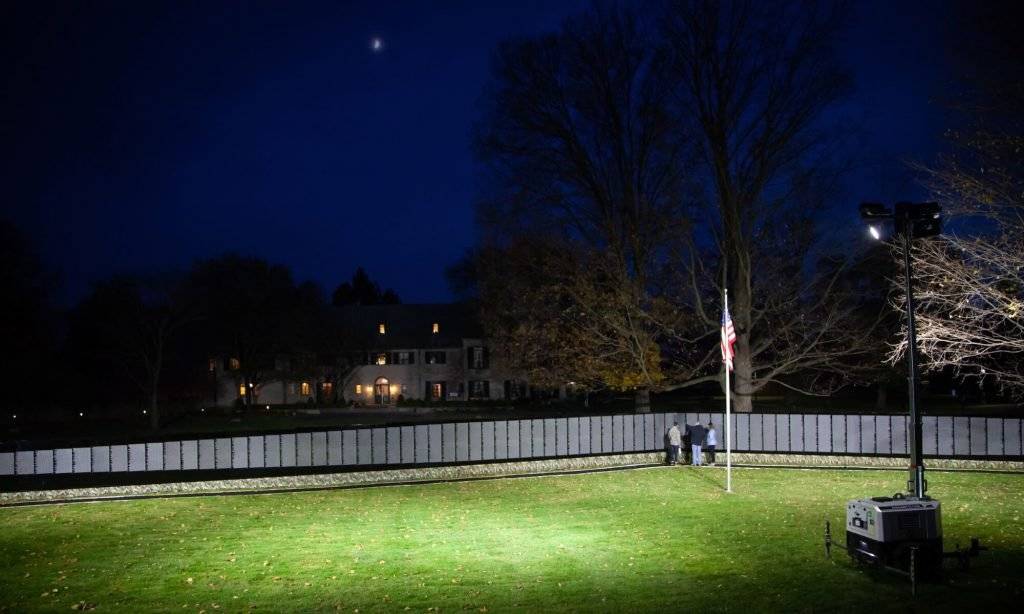 On November 11, a series of events took place, including a ceremonious Daily Chapel service. Students from St. Paul Ann Arbor Lutheran School joined campus for the Chapel service and checked out The Moving Wall on their walk from school to the Chapel. 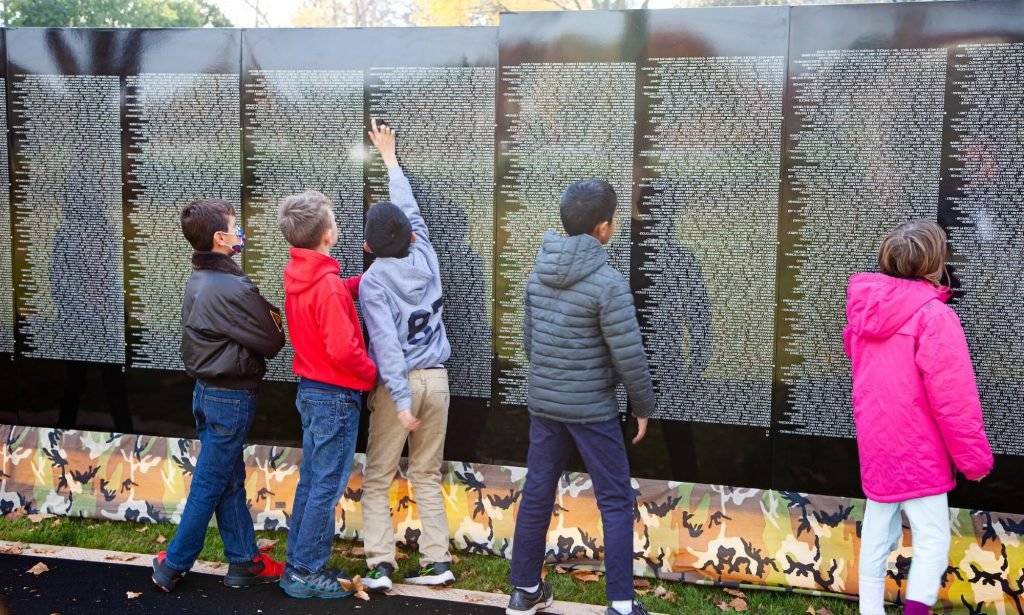 The Concordia Choir and message from Rev. Coleman Geraci

The Concordia Choir sang All Who Dwell in the Shadow of the Lord during the Veterans Day Chapel service in Concordia’s Chapel of the Holy Trinity. Rev. Coleman Geraci, pastor of both St. Thomas Lutheran Church (Ann Arbor) and St. Paul Lutheran Church (Milan) shared the message. Geraci spent eight years in the US Army serving as a Special Forces Media Sergeant. 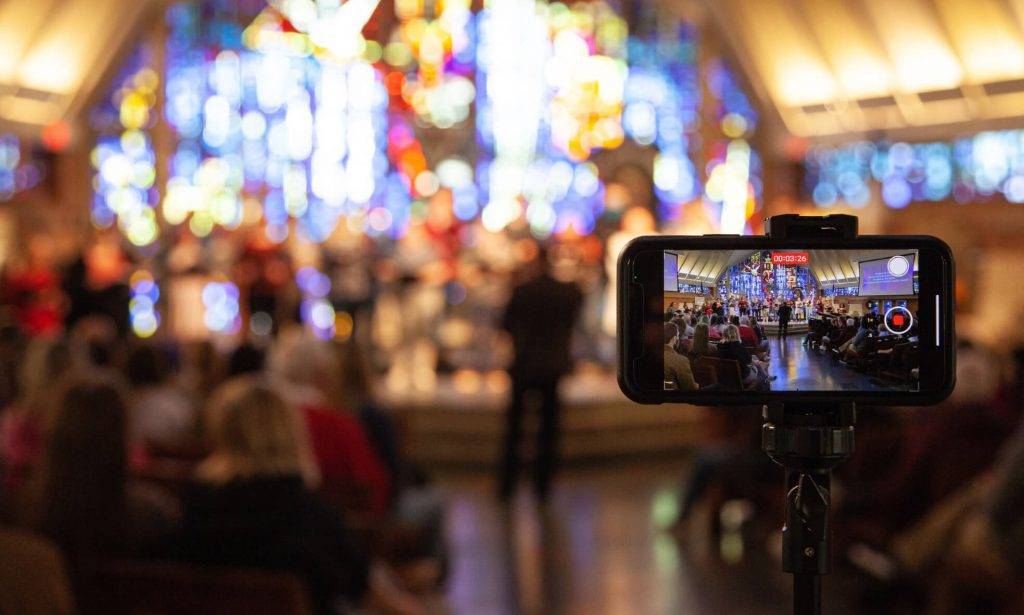 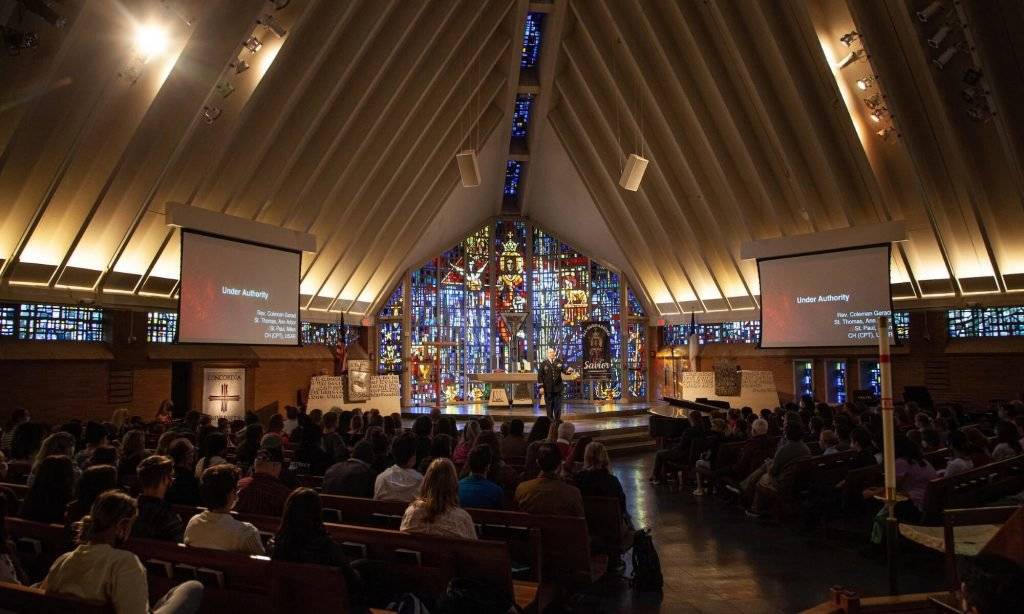 Following Chapel, attendees processed to the Manor front lawn, in front of The Moving Wall, for a prayer, Scripture reading, 21-gun salute, the playing of Taps, and a helicopter that flew in the Vietnam War. Click here to watch live video of the tribute. 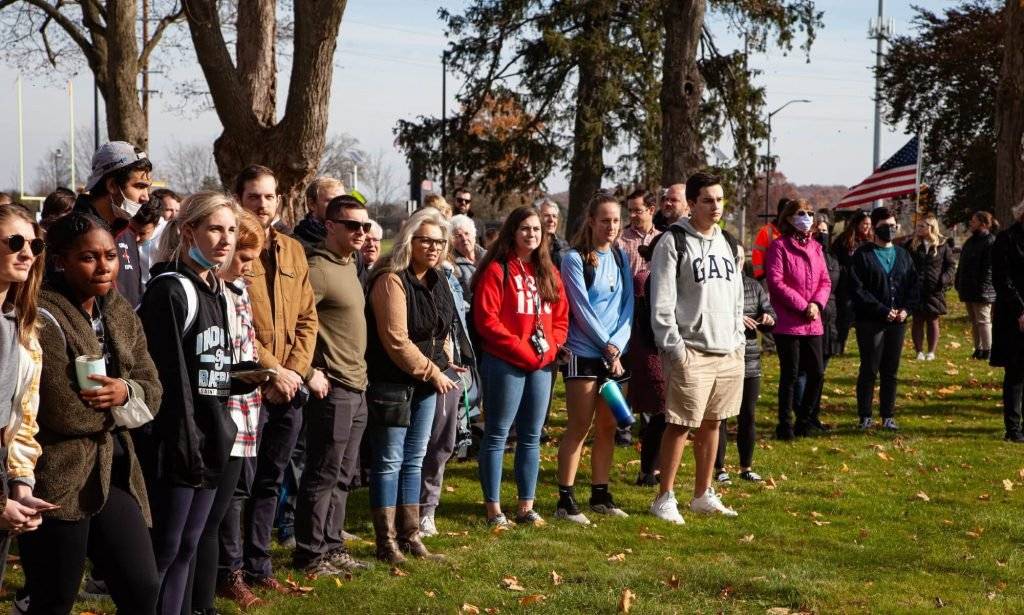 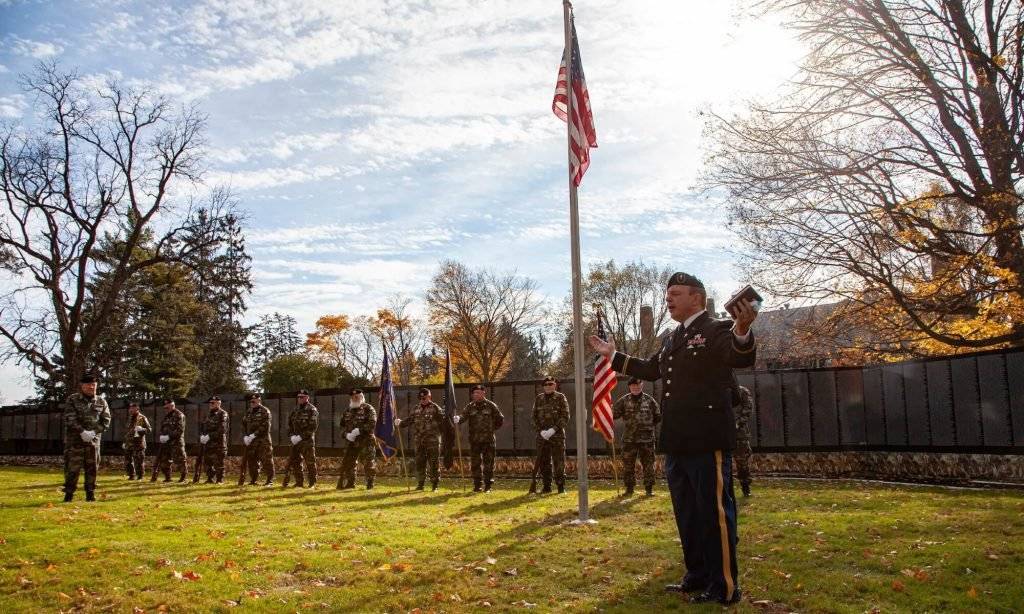 Attendees were given the opportunity to ride in a helicopter, their purchase of the ride helping to off-set costs from the flyover. This particular helicopter flew in the Vietnam War. 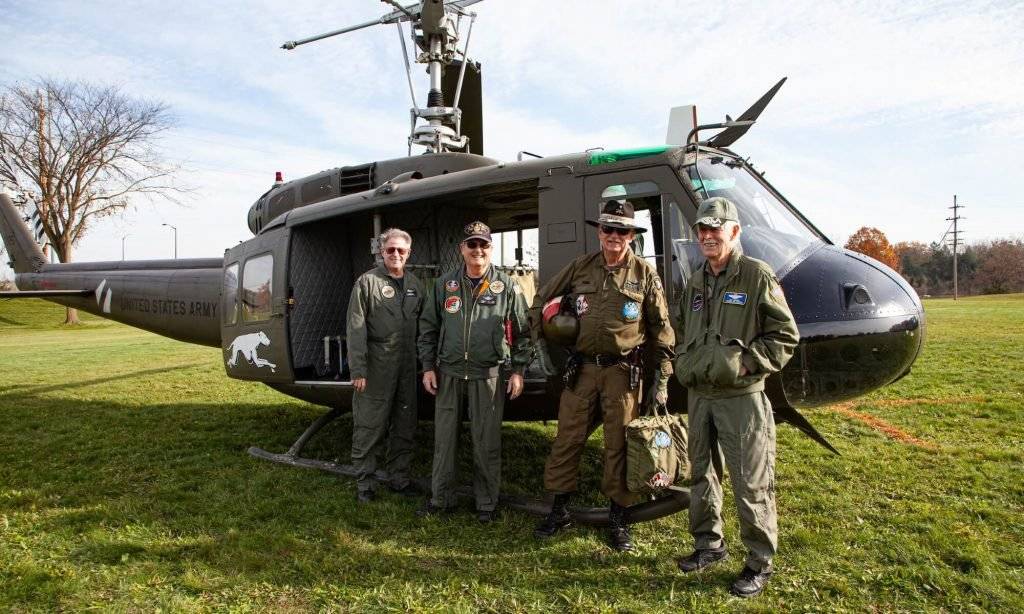 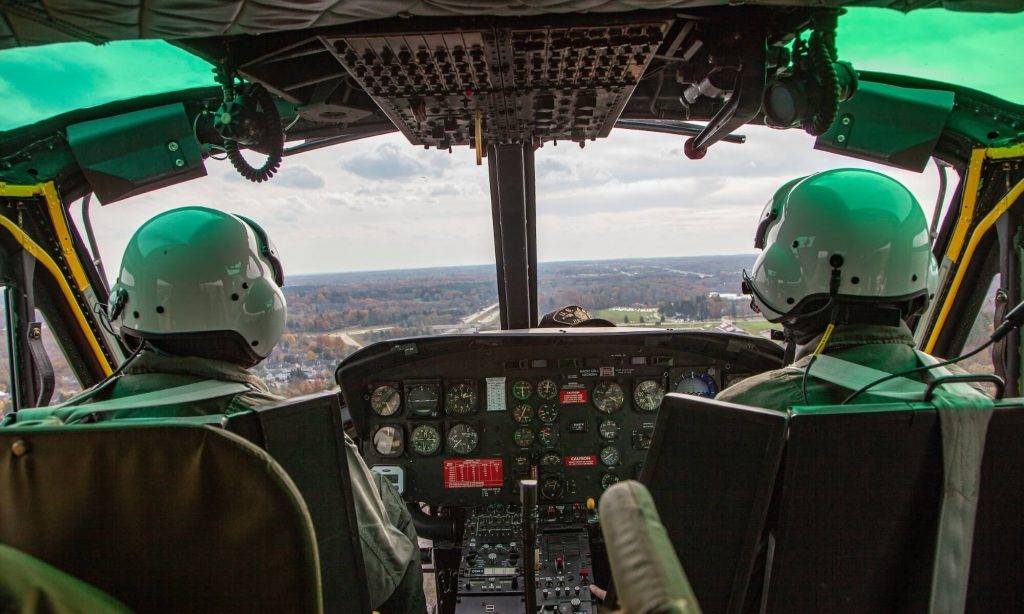 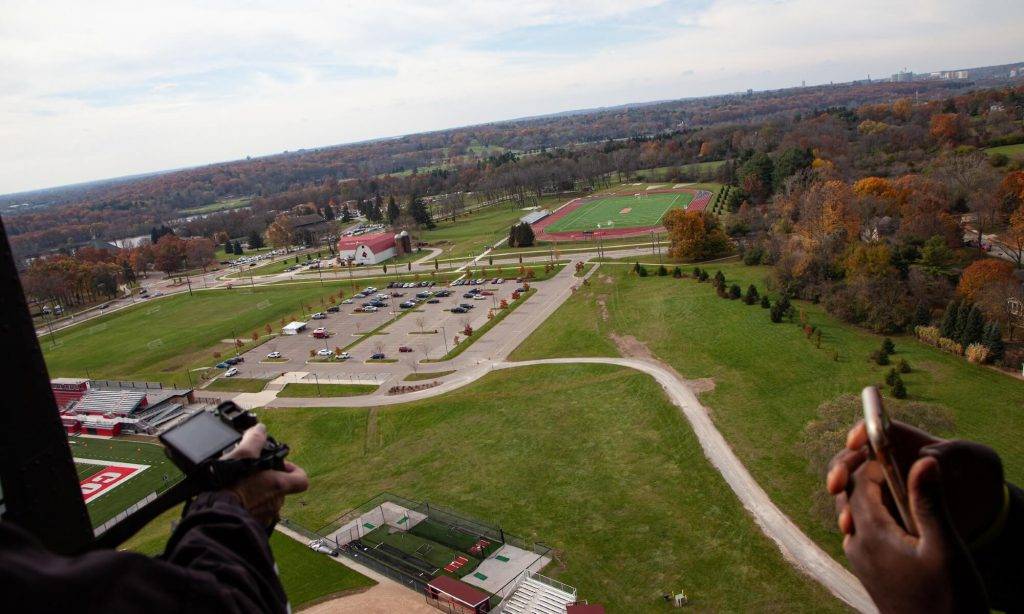 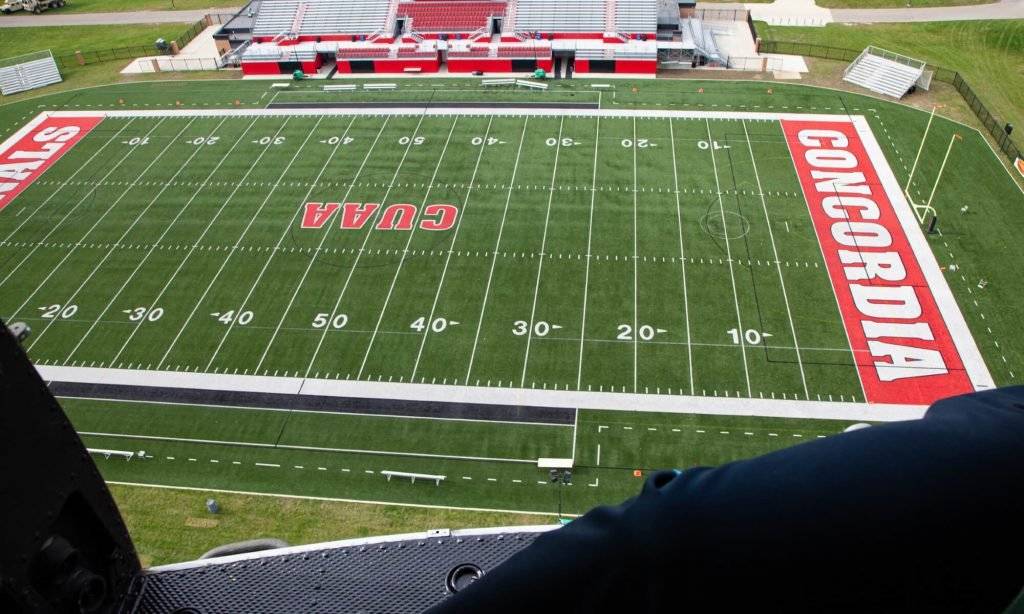