Concordia commissioned the Rev. Dr. Stephen Starke to write "Have You Known and Been Assured." The hymn, which will be premiered at Opening Chapel Service a week from today, draws inspiration from the CUAA and CUW campuses' theme verses for the 2021-22 academic year. 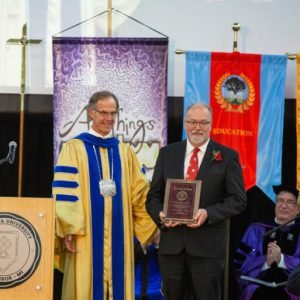 The Word of the Lord may remain the same forever, but the Rev. Dr. Stephen Starke has a knack for presenting it in new and enlightening ways.

Starke, pastor emeritus of St. John Ev. Lutheran Church of Amelithin Bay City, Michigan, has carved out a reputation within The Lutheran Church–Missouri Synod as a prolific and gifted hymn writer. Since his first hymn written in 1983, he has penned more than 200 hymns, some of which appear in the Lutheran Service Book. For his work on behalf of the Church, Concordia’s Mequon campus presented him with an honorary doctorate in 2011, and in 2018 the Ann Arbor campus honored him with its Christus Primus Award.

Starke’s latest hymn was specially crafted for Concordia University Wisconsin and Ann Arbor. Jim Freese, professor of music on the Wisconsin campus, recognized that there was no hymn in the hymnal that fit directly with the university’s academic themes. The university then commissioned Starke to write the theme hymn for the 2021–22 academic year. The CUAA campus will premiere it at Opening Chapel Service on Aug. 30.

The hymn, which is set to a tune by Stephen R. Johnson, is titled “Have You Known and Been Assured.” Starke drew inspiration from each campus’ theme verse for this academic year.

“Hymnody is beyond enriching; it’s a teacher,” says Starke. “There’s always great value in the new. If you say the ‘old’ truth in a new way, you help people think about it in a different way.”

As for what he hopes Concordians will take away from the piece he wrote expressly for them?

“My hope is that those who are Christians are strengthened in their faith and reminded of their joyful privilege of sharing the Gospel,” Starke says. “And for those who are still journeying in their faith, I hope that they’re sort of hit in the face by those opening lines of the hymn; He loved you as an individual. You are not some random blip in time. You are created specially by God!” 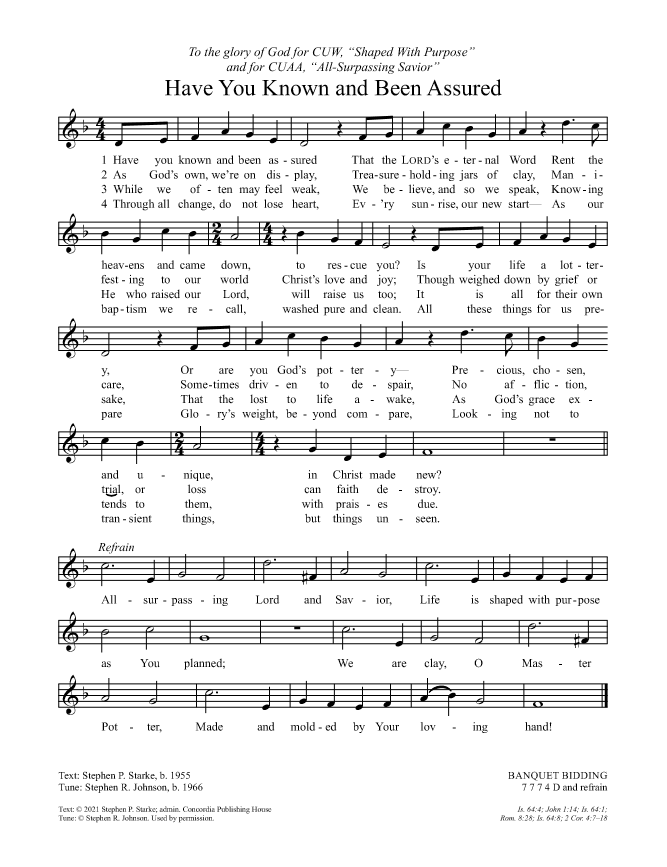